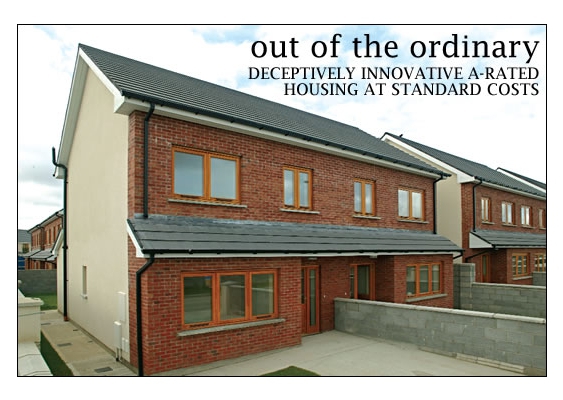 We were delighted to assist architect, Jay Stuart, during the construction phase of this housing scheme which consisted of 27 affordable houses which achieved a Building Energy Rating (BER) Level of A when they were completed in September 2007.

A detailed article describing the construction methods employed in this housing development was published in Construct Ireland shortly after it was completed.

In addition to insulating to very high standards ventilation is managed through passive stacks, a type of ventilation chimney serving each wet room, meaning kitchen and bathroom/utility rooms which appear like a normal ceiling extract vent in the rooms that they serve. External view of Passive stacks below followed by a photograph showing the airtightness detail at windows. 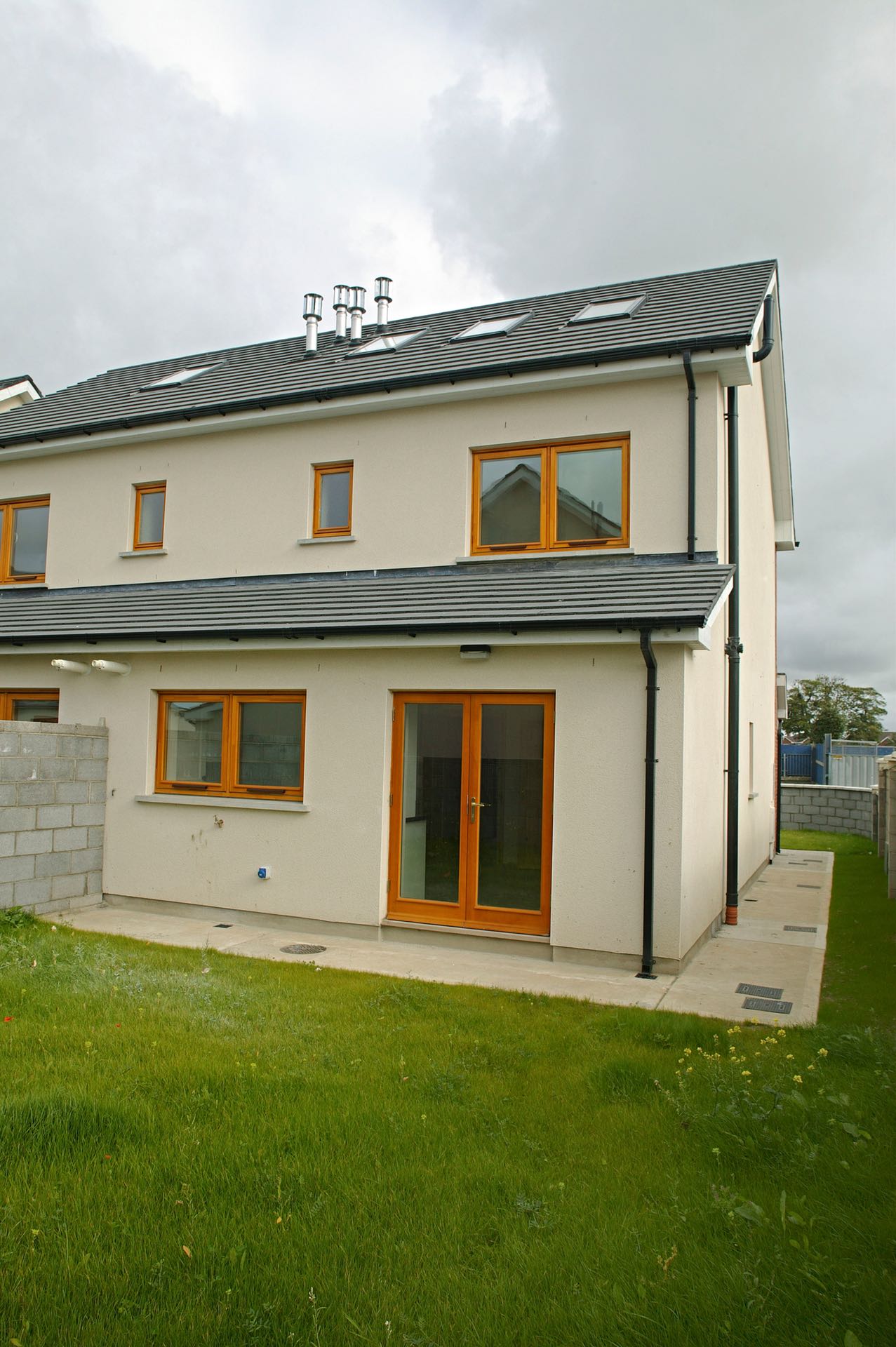 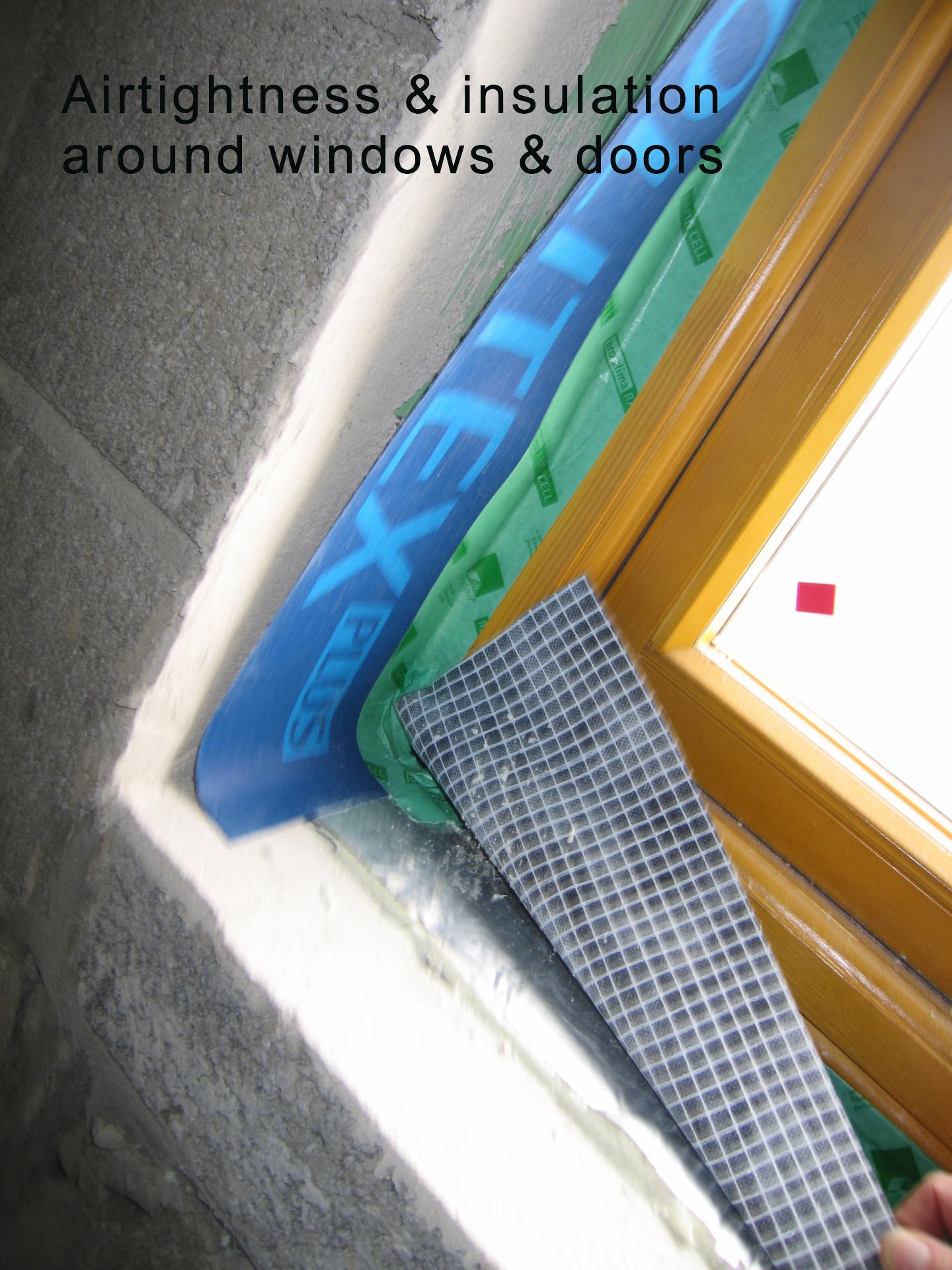 We would like to thank the photographer Anthony Hopkins for his permission to use his images from the Construct Irland magazine and its editor Jeff Colley. 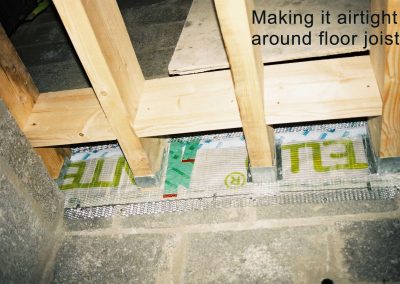 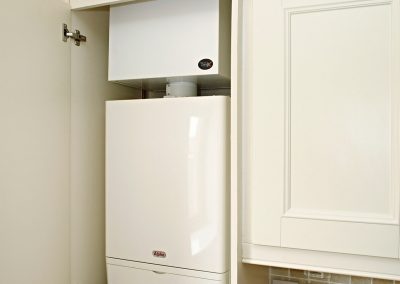 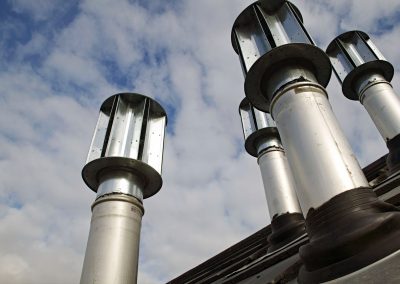 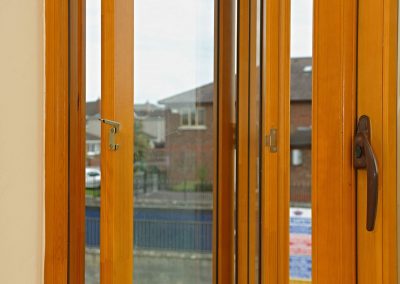 Very efficient gas boilers were fitted with an device to further enhance efficiency, see image above. 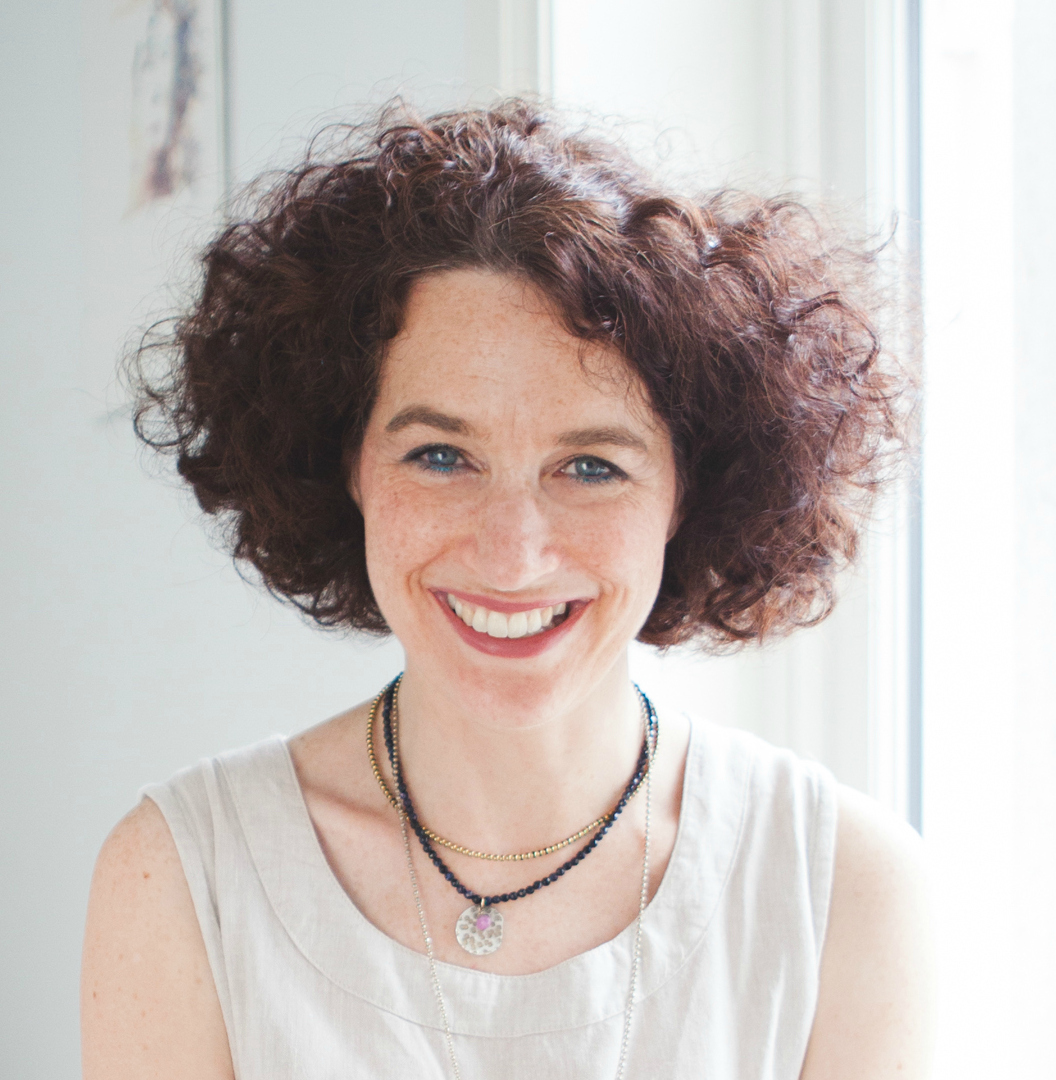 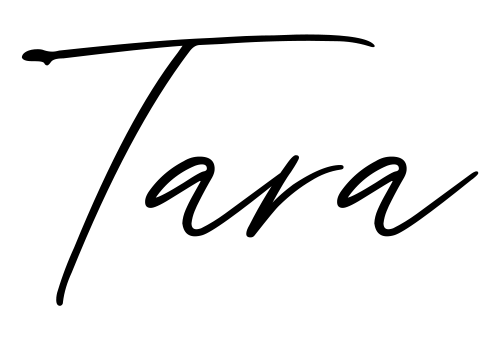 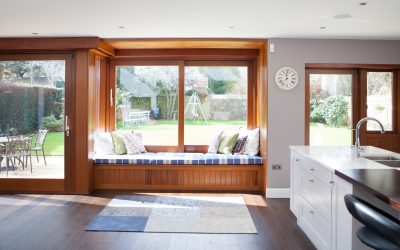 Feeling the Chill? Time to Insulate?

Feeling the Chill? As we experience the cold of winter are you struggling to keep your place warm, cosy and heathy? Are you busy blocking up wall vents to keep the draft (howling wind) out even though you know you shouldn't? Is it time to insulate your property or...

Killiney New HouseA beautiful, light-filled family home, BER A Rating.  A modern 3 bedroom house inserted into a corner site set back from the road beside dormer bungalows. Designed around the garden, inside outside feel and great flow throughout. The original brief... 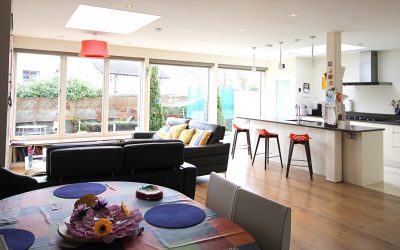 Stillorgan Complete transformation of a semi-detached with a large 2 storey side extension and single storey extension to the rear, new porch. Insulation Retrofit Works.When the clients bought this house the ground floor was dominated by a large and miserable...